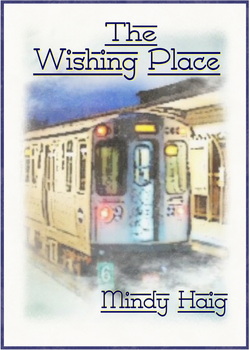 The Wishing Place was magical. You went to sleep and you could be there, if it chose to take you. On those lucky nights you could do anything you wanted. You could have anything you could think to ask for. You could even see the future. But what if you had to wait 16 years for the vision to become reality?

Valerie Porter was a lonely little girl. Her world fell apart when Granny passed away and her parents troubled marriage ended in a bitter divorce. Her only solace lay in Granny's fairy tales and the secret Granny had shared with her alone - the secret of the Wishing Place.

Granny said what The Wishing Place showed was real and would happen. She promised Valerie that there was true love out in the world meant for her. But a promise wasn't much to hold on to when Valerie became an unwelcome stepchild.

One night, Valerie asked The Wishing Place to show her something special - something  really important. What she got was an eight-year-old boy named Nickolas Rossi  who was everything she could want in a friend. But was he just a dream or could  he fulfill Granny's promise and make happily ever after a reality?
The Wishing Place, Amazon 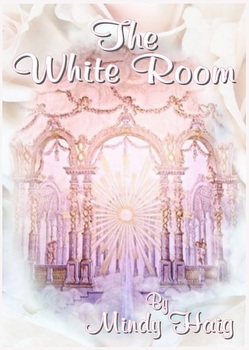 Somewhere between the past and the future, between dreams and reality, is The White Room.

Anika Rossi appeared to have the perfect life. A gifted dancer heading for the bright future that The White Room had been quietly guiding her toward. She had always known exactly what she wanted: to live the fairy tale. She would dance the role of every princess, Tyne Bonham would be her handsome prince and together they would find happily every after.

Christopher Rossi had a secret. A vision of something terrible, seen before he was even born that haunted his reality and threatened everything he loved.

Tyne Bonham had a history that he was ashamed of and couldn't seem to overcome. The one person who could mend him was Anika, but the six-year age gap seemed too big to bridge.

When a stranger took an interest in Anika, an event from the past began to haunt them all. The future became inexplicably tangled with a devastating moment that couldn't be changed. The White Room stubbornly refused to show anything but empty whiteness and death seemed to be the ultimate conclusion.

Could Christopher's secret save them or would the dream of happily ever after be lost forever? Find out in The White Room.
The White Room, Amazon

Hidden in the Pages 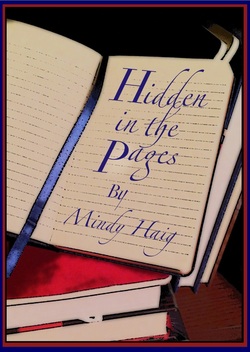 Hidden in the Pages is romantic fiction with a paranormal twist. It is a story about learning to live and to love again after great loss and loneliness. It's a story  about fate, true love, happily ever after and a magic journal that can find the  one person who can make those dreams come true.

When his mother unexpectedly died just before Christmas, Jantzen Burke's world fell
apart. He lost his father to his grief and the cold grandfather he never knew came to stay. Lonely and afraid Jantzen looked to his grandfather for some comfort, but instead of sympathy he was given a journal with a magical power; the power to find his perfect match.

A decade later, Jantzen's life is in status quo. His time is spent running the company his father signed over to him, finishing his education and maintaining an empty house. His only companion is the stranger who writes back to him in the journal, the person he's promised his heart to though he's never seen her face.

But one day an accidental meeting changes all he thought life had planned for him. Suddenly comfort wasn't enough. A decision had to be made. Would he break the promise he'd made and take a chance on love or was his fate tied to the words in the journal?
Hidden in the Pages, Amazon

Kiss Her in the Moonlight 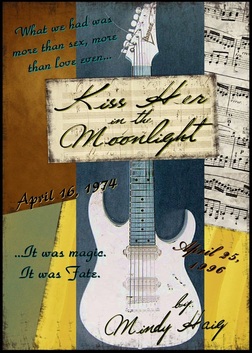 There are two things in the world that transcend time: Love and Music.

Lea was a girl named after a song. The one constant in her lonely life was the voice of the man who sang her name. The day she saw him sing for the first time, she knew he was her fate and that no other man would ever have her heart. The fact that he was twenty years older than she was simply didn’t matter because it was love.

Stephen was genius obsessed with an obscure theory that might open the door to time. But just when his program became a success, it locked him out and opened a door to take Lea twenty-two years into the past to meet Elliot, the man she loved her whole life, the man who sang the song that made her Lea.

Time made Lea Elliot’s muse but then took her back to her own empty reality with only his promise that he would find her. Could a love affair that spanned just three days stand the test of time? Sometimes Fate requires a Leap of Faith, but music and love last forever.
Kiss Her in the Moonlight, Amazon 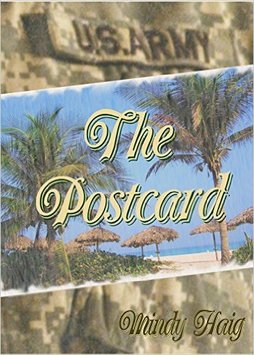 A decade ago, a young man was enlisted into a "terrorist" faction against his will. His survival depended upon a plan he opposed, designing a weapon he had no intention of building and the death of his cousin.

And then he betrayed some very bad men to the US Government.

Eight years later, Erich Nazzari is a happily married man. He has a job he enjoys and lives a comfortable life with the woman he loves beyond anything in the world. His life is thrown into chaos when he crosses paths with a man who calls him by a name he left behind all those years ago. And now he has to find a way to stop them again to save his wife and the country from retribution.

The Postcard is a Christian novel. His wife's name is Faith and she was written to be not just the woman, but the concept, the thing he believes in that gets him through the hard times. It's a story about Faith, Love and how far a man will go to save the one thing he loves.
The Postcard, Amazon

Under A Million Stars: A Collection of Short Stories 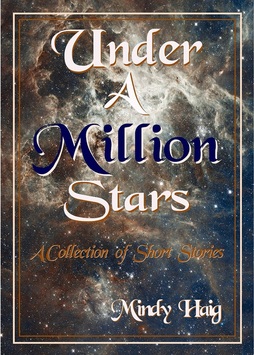 "The Stars, look at all the stars. What if we are in this exact spot at this exact time but a million different scenarios are being played out? Right here, we are lovers, but there we could be meeting for the first time. Over there we could be breaking up. We could be best friends, enemies or just strangers passing in the night."

Under A Million Stars is a collection of 9 short love stories chained together though a narrative of two lovers wondering if their love it true, if that love can last.
The Stories are:
2. Kama Vatsya
3. Shades
4. The Phoenix and The Serpent
5. After Five
6. THE DARKNESS
7. Cybilla
8. Mare da Sogno
9. Beloved Disciple
Under A Million Stars, Amazon 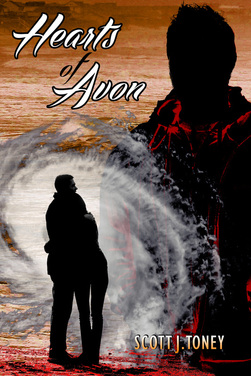 In Avon, a beach town along the Outer Banks of North Carolina, Ben is falling fast for the beautiful and intelligent Caroline, even as they both deal with her stalker ex-boyfriend who has followed her south on vacation.

As Ben learns the depths of the other man's madness his and Caroline's relationship runs into another wall, level 3 Hurricane Irene moving quickly toward the Outer Banks. When the storm arrives, all of their lives will be drastically changed.

How will they learn to cope with the consequences? When they are tested with a disaster on the brink of their comprehension, how will they pick up the pieces of their lives?
Hearts of Avon, Amazon

The Young and the Reckless 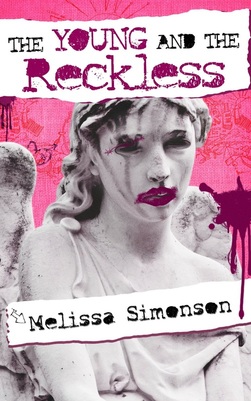 Lila was one of many women allegedly assaulted by Bradley Holiday. Five months after the fact, a counselor tells her the only way she’ll find closure is to confront him. She never expected to stumble into a friendship with the monster who raped her repeatedly.
But is he a monster? He can’t remember, thanks to a head injury. Lila’s the only living witness who can say for certain—the eleven girls before her weren’t so lucky.
An ambitious public defender manages to negotiate a re-trial, but Lila doesn’t believe a fresh courtroom drama will be enough to spare Bradley’s life this time, especially not when the death penalty is back on the table. Yet the more she learns about Bradley’s earlier years, the more determined she is to help. Even if it means getting some convenient amnesia about the events of those three days she’d been his captive. He isn’t the same person—brain scans, neurologists, and psychologists confirmed it. He may never remember; they confirmed that, too.
How far do second chances really stretch? Can those types of memories stay buried for long?
The Young and the Reckless, Amazon


Have a wonderful day! Thank you for visiting Breakwater Harbor Books!
Powered by