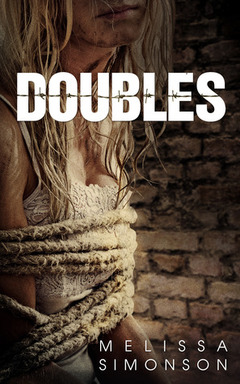 Book 1 of 4 in a series involving FBI SSA Maxwell. (Can be read as stand-alones)

Cameron is twenty-one and drunk when she's abducted after a homecoming party. She doesn't know where she is, why this has happened to her, or anything about her new cellmate, Colin.  She has time to figure it all out though -- nothing but time.

Amy, Cameron's twin, doesn't think much of her sister's disappearance.  She's got her own life to contend with.  Since Cam has gone missing, Amy's been the glue holding her family together, but she's not bulletproof, and she can't shake the feeling that she's being watched.

Sam has too much anger, a penchant for blondes, and a fondness for voyeurism and electromagnetic shock.  He's good at hiding -- not even his wife knows he's a monster dressed in janitor's clothing.  Maybe that's why he's gotten away with his dark desires for so long.
Doubles, Amazon 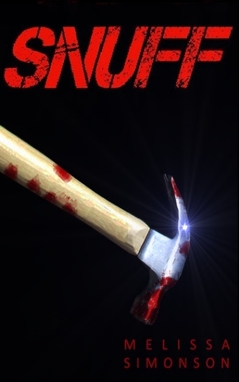 Book 3 of 4 in a series involving FBI SSA Maxwell. (Can be read as stand-alones)

Brooke is found on the side of the road at three a.m., clutching a dead body and a burner cell phone. This doesn’t surprise LAPD, who’d  expected as much from the moment she went missing. What they also expect is  suicide—the kidnapped girls who turned up the same way killed themselves within  hours.

Being the sole living witness of the crime is almost more than she  can handle, but an LAPD homicide sergeant is there to hold her restrained hand  as she retraces every waking moment of the time she spent in that dungeon with  her murdered friend, Abby.

Brooke knows why the other girls committed  suicide. She might too, if she didn’t have some very complicated reasons to  live.

To the dismay of Sergeant Jennings, Brooke confirms the most  troubling theory of all: the girls are being filmed those three weeks they’re  held captive. Not for their captor’s personal enjoyment, but for his number one  fan.
Snuff, Amazon

Have a wonderful day! Thank you for visiting Breakwater Harbor Books!
Powered by