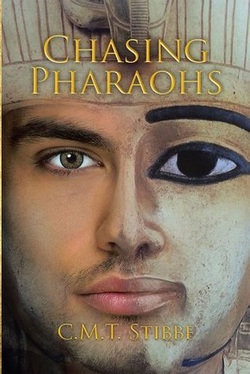 Commander Shenq must save Egypt and protect the Pharaoh’s throne. Or die trying.

In the aftermath of a battle between the great powers of Egypt and her old foe Kush, Pharaoh Kheper-Re rules Thebes, the city of the golden gates. But still the wars rage on and the kingdom is on the brink of chaos. Kheper-Re fears an invasion by his old nemesis in Alodia and with the help of his most favored Commander he musters a group of men more deadly than the enemy he fears. As the future of Egypt hangs in the balance Commander Shenq, leader of Pharaoh’s Most Honored Ones, must protect Thebes from a Shadow-Hunter and his army of ten thousand men.  The Queen, too, is making plans―with a few followers of her own. And as a Hebrew prophet interprets dreams and a bodyguard hears rumors, the quest for peace has never been more challenging. Commander Shenq must drive out all threats to the throne and bring the assassin to heel.


"[C.M.T. Stibbe has] clearly done [her] research. I never felt I was in an Egypt informed by Hollywood and clichés – pyramids and mummies and curses. Instead [Stibbe portrays] a vivid, ancient land, steeped in superstitious tradition, lavish royalty, with a diverse mix of peoples and cultures. [Stibbe has] a brilliant manner of writing flawed yet interesting characters that we invest in. - HarperCollins' review of Chasing Pharaohs
Chasing Pharaohs, Amazon 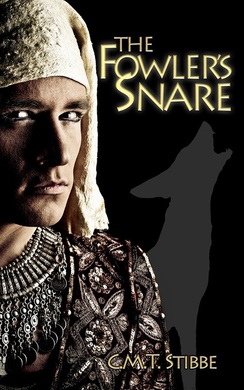 When a band of Alodian outcasts crosses the border to Egypt, Pharaoh Kheper-Re invites them to compete in a grueling chariot race across the western desert against his bodyguard, Commander Shenq. The prize is great; the winner will be awarded the title of Supreme Commander of Thebes.

Determined to win, Commander Shenq and his team enter the race confronting the most brutal of obstacles. Not only must they beat the Alodians, they must also triumph over the punishing terrain, the savage desert jackals, and above all the Imazi, a group of flesh-eating nomads.

With so much at stake, treachery and sorcery are once again in season as the princes of two rival kingdoms go head-to-head. It is a race that will cost the loser everything he holds dear.
The Fowler's Snare, Amazon

Thank you for visiting Breakwater Harbor Books! Have a wonderful day!
Powered by